Seventy-fourth report of the Commissioners of Public Works in Ireland, with appendices for 1905-06 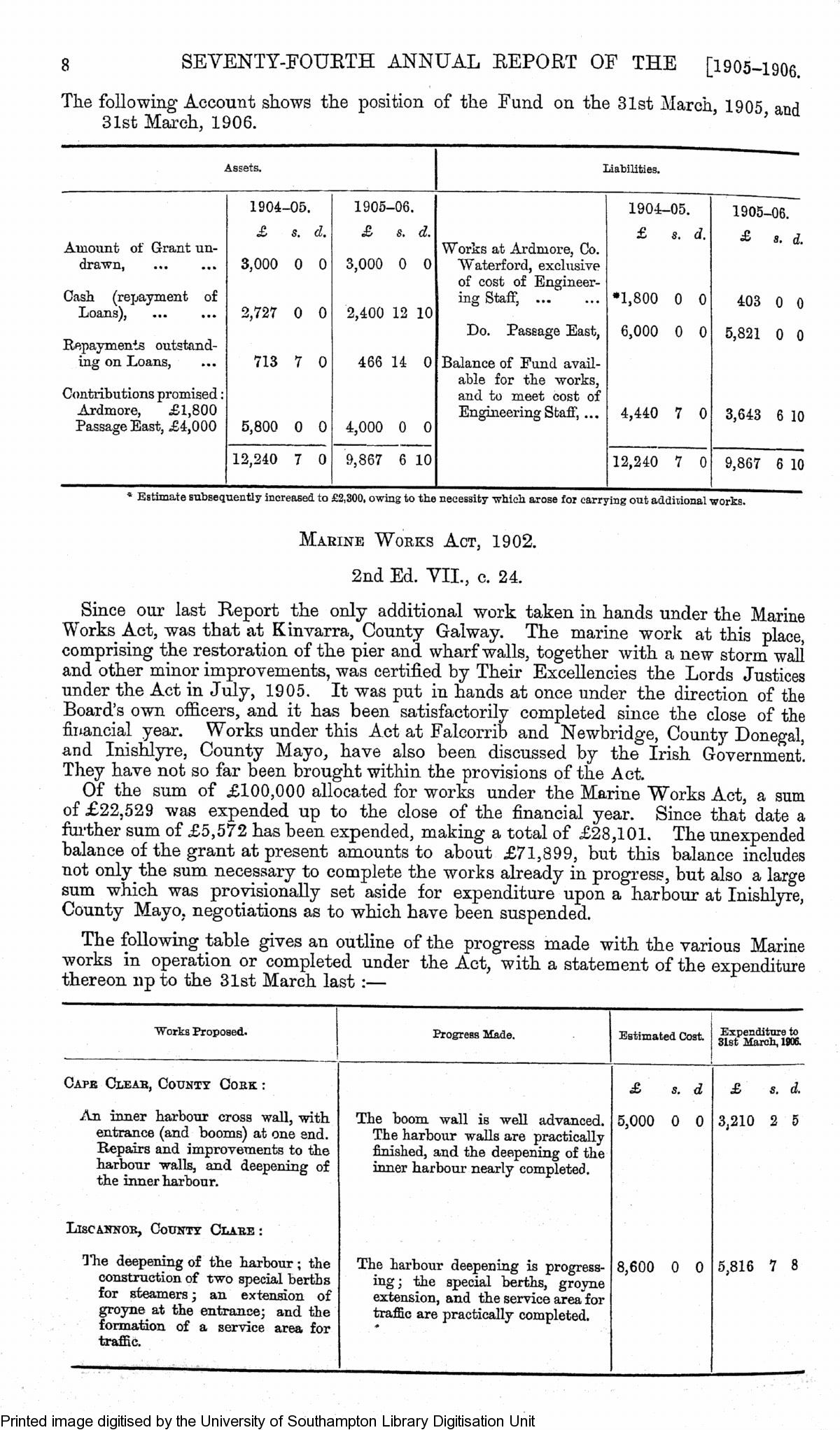