Bill to amend provision for Government of Ireland [as amended in Committee, and on Consideration] 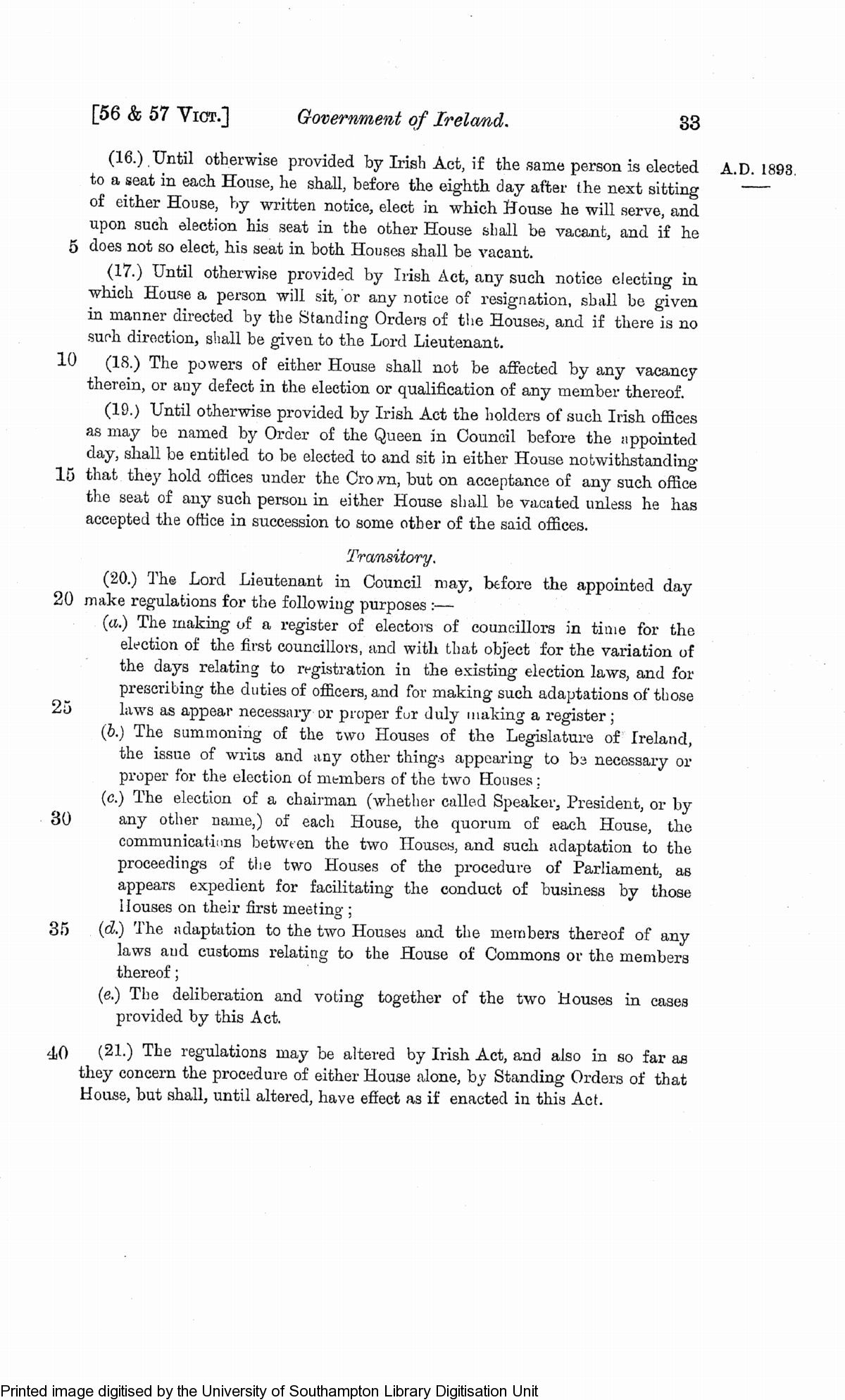