Observations by Assistant Inspector General of Royal Irish Constabulary with regard to firing of shots at Mitchelstown, County Cork, September 1887

Back to Search Bibliographic Data Print
Page 1 of 6 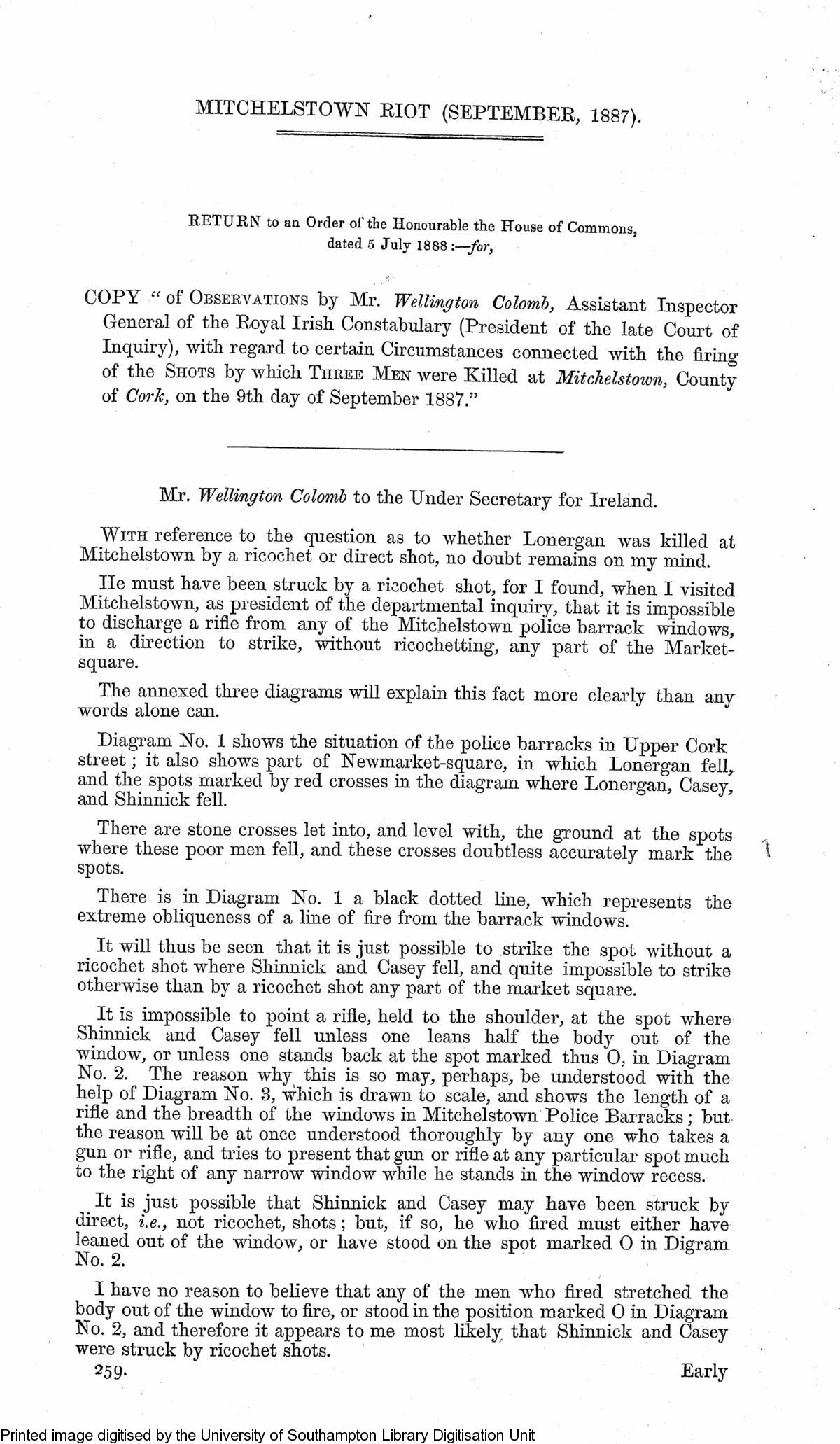