Correspondence with reference to recent ejectment of lands of Derryveagh, in county of Donegal 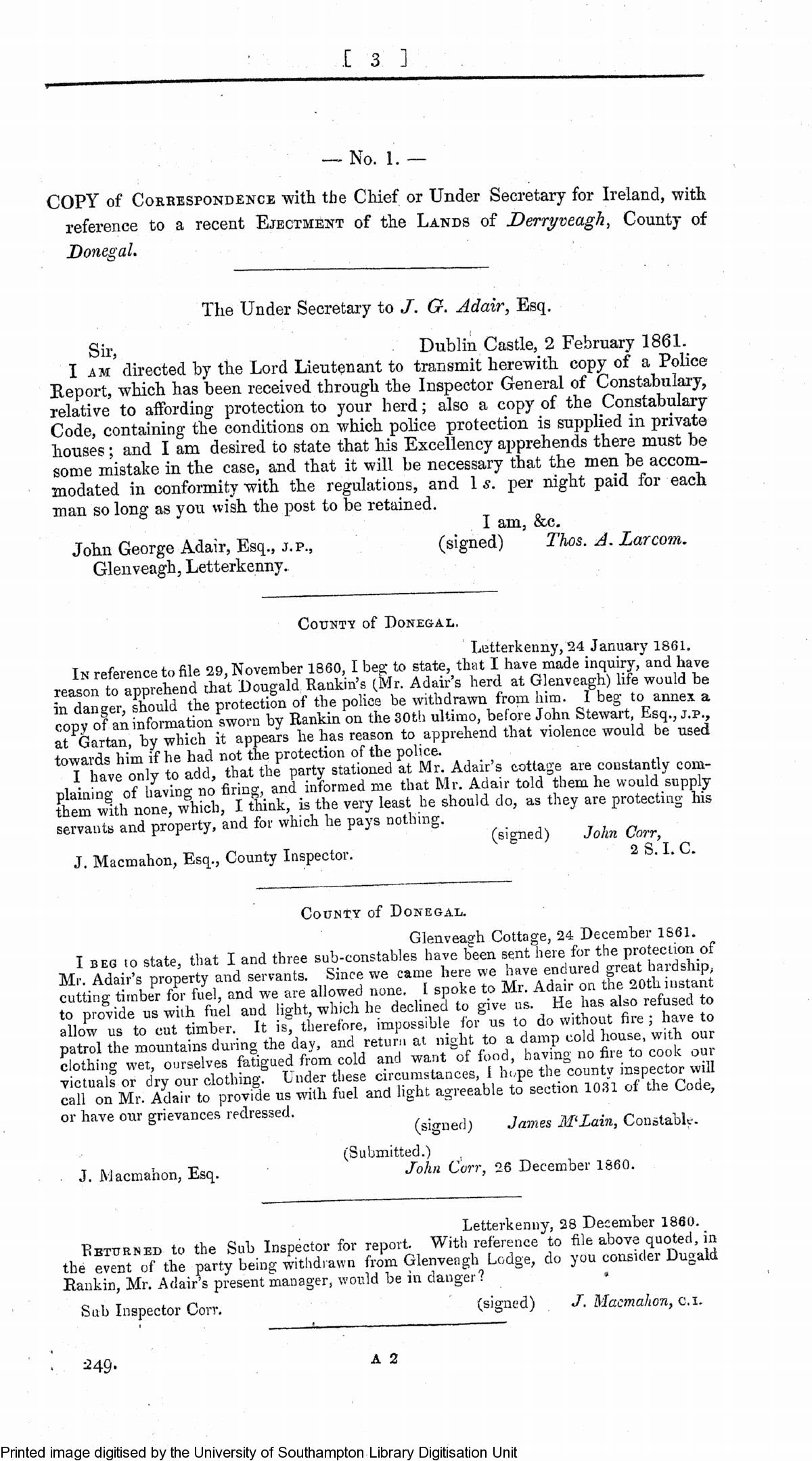